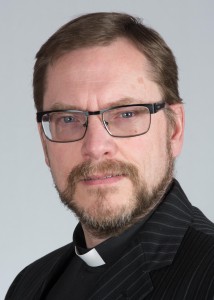 You are cordially invited to attend the Ordination and Installation Services for Brian Lynn Wright, Sunday, June 26, 2016 at 1 o’clock in the afternoon at Christ Lutheran Church, 503 W. Medina Street, Cairo, NE. A cake reception will follow the service.

Raised in Lakewood, Colorado, Brian was baptized at Concordia Lutheran Church following his birth in 1968.  Brian graduated in 1992 from Christ College, Irvine with a Bachelor’s Degree in Youth & Family Ministry and DCE Certification, having also completed an Internship at St. Peter’s Lutheran Church in Medford, Oregon the previous year.  Brian’s first DCE Call was to Immanuel Lutheran Church & School in Colorado Springs, Colorado, where he also met and married Lisa nee Dye in 1993.  Their children, Taryn and Trystan were born and baptized while they served at Immanuel, and their daughter Taryn attended Immanuel Preschool.  In 1998, the Wright’s moved to Vacaville, California when Brian accepted a Call to serve as DCE at Bethany Lutheran Church and School.  Having completed her Lutheran Teacher Colloquy from Concordia Irvine, as well as the SLED Administrator’s Certification program, Lisa became the Kindergarten teacher and Principal of the school at Bethany, and Taryn and their son Trystan attended preschool and elementary school there.  Brian completed a Master’s Degree in Family Life Science in 2004 and served as the Director of Family Life Ministry at Bethany until 2006, when they accepted a Call to Trinity Lutheran Church and School in Franktown, Colorado, also to serve as Director of Family Ministry.  While back in Colorado, the children attended Trinity Lutheran School, and Taryn graduated from Lutheran High School, Parker.  In 2013 Brian, Lisa, and Trystan moved to St. Louis to attend Concordia Seminary, while Taryn remained in Colorado to enter the workforce.  Trystan graduated from Lindberg High School in St. Louis and Lisa taught at Salem Lutheran School during Brian’s time at the Seminary.  Brian graduated with a Pastoral Certificate for Ordination from Concordia Seminary’s Alternate Route Program in May of 2016, having completed his Vicarage year at Christ Lutheran Church in Cairo, Nebraska, under the supervision of Vacancy Pastor James E. Fandrey.  The Reverend Wright and his family now live in the Parsonage of Christ Lutheran Church, Cairo, where they begin their first Call as Pastor.